The weather in 2012 has been a real wash out at times, especially when it comes to walking days. We’ve walked in everything this year, drizzle, hail, torrential rain and the odd thunder storm. Luckily however I work continental shifts which means I work 4 days and then get 4 days off. Doing this sort of shift pattern means I have those 4 days off to select which day is going to be the most suitable, thankfully I chose well this week and managed to pick a non torrential day. There was only a very small weather window though and it meant being finished by 15:00 in the afternoon.

Once again I headed for Kinder Scout, I was accompanied by my friend Andy this time and we met up at the Barber Booth car park. It had been a last minute change of plan which meant we were arriving later than usual at 11:30. As it was later it only gave us a short amount of time to get up and down before the heavy rain arrived at 15:00 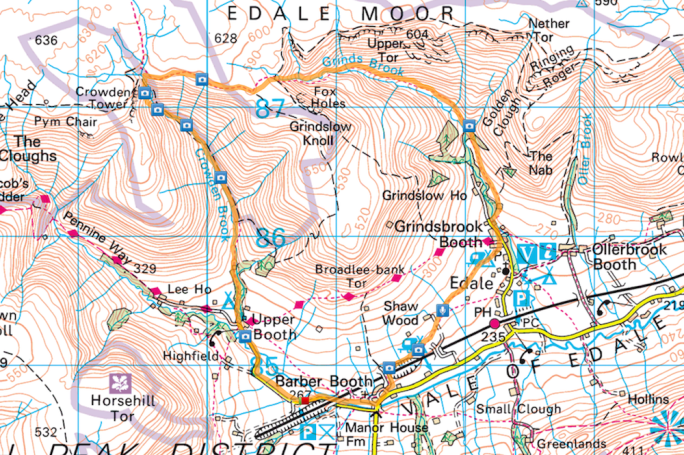 I’ve been trying to tick off as many new routes as possible in the last year or so. I decided to focus on finishing the last few remaining routes up Kinder I had still not done, I’ve walked Kinder hundreds of times in different ways but have never approached it up Crowden Clough. From above it looks stunning and I have passed over the top of the clough many times, I thought today would be the perfect opportunity to tick it off by doing a rather small route.

We set off from Barber Booth, proceeded along the road and then headed up Crowden from Upper Booth. It was a rather dull overcast day today which was a real contrast from the stunning wintry conditions last week (Peak District – Kinder Scout – Ringing Roger & Hope Cross). The ascent was very gentle at first as we kriss crossed Crowden Brook a dozen or so times.

All of a sudden it gets pretty interesting, you can either choose to climb straight up the brook or you can take the steep path that skirts along the valley side. As the river was running pretty quickly (and we didn’t want wet feet) we chose to use the tough but rewarding climb up along the side of the valley. It is currently very eroded, very slippery and lots of fun. There were signs at the very bottom and the top of the clough indicating that improvement work is going to be happening soon. The path is feeling the strain of the thousands of boots which have passed this way. I would be interested to see how the route looks once the new path has been built.

I was back in very familiar territory once we topped out of the Clough and met the edge path. I have passed this way many times in the past, I have really fond memories of it as we walked this way the very first time I set foot on Kinder back in 2006 (Deanread.net – Kinder Scout – Peak District).

As the weather was due to get a lot worse as the day progressed we decided that the best route off of the plateau would be Grindsbrook. This has got to be one of my favourite ways to get on or off Kinder, it’s a great scramble and I have done it in all weathers. One of the most memorable times was when I walked it in winter back in 2009.

While we were descending Grindsbrook Clough we came across a guy who had lost his friends, he looked pretty panicked and I instantly thought that it would end up being another job for mountain rescue. I couldn’t quite make out weather he had lost them or if they had lost him 🙂 He said they had left him up there and he had been wandering alone up on the plateau. We hadn’t seen any signs of anyone matching the description he gave so he continued running down Grindsbrook. I can happily report that when we eventually arrived down in Edale we spotted him with his friends outside the Old Nag’s Head, so all is well that ends well.

From Edale we made our way across the fields towards Barber Booth and we came across what looked like Moors for the Future’s stockpile of stone. There were around 40 or so bags filled with stone waiting to be lifted up for them to continue their path building work. I must admit I have seen the helicopter landing in this area in the past so maybe we had stumbled across their improvised Heli Pad.

It was a short but sweet walk today and we managed to beat the rain and make it back before it arrived. We decided that as we were in this area we would head to the Woodbine Cafe in Hope. The warm drinks, cake and nice warm fire were just what the doctor ordered.

This may well be my last Peak District outing this year and it will certainly be my last before Christmas. The next walk I’ll be doing will be over on the northern edge of Kinder, I’d still like to tick off another route on that side and I’ll most certainly bring you the story at PeakRoutes.com. 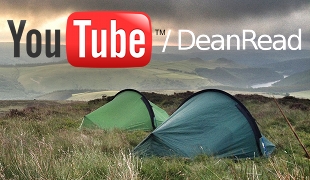