For my first walk back in the Peak District after my holiday in Tasmania I went for an old favourite. Derwent Edge from the Ashopton Viaduct and back along the side of the Ladybower Reservoir. The weather was set to be good in the eastern part of the Peaks so off we went to burn away some of those Christmas calories.

We set off from the viaduct and made our way across the road to begin the climb up to Whinstone Lee Tor. The sun was just beginning to rise above Bamford Edge as we left the Snake Road behind. 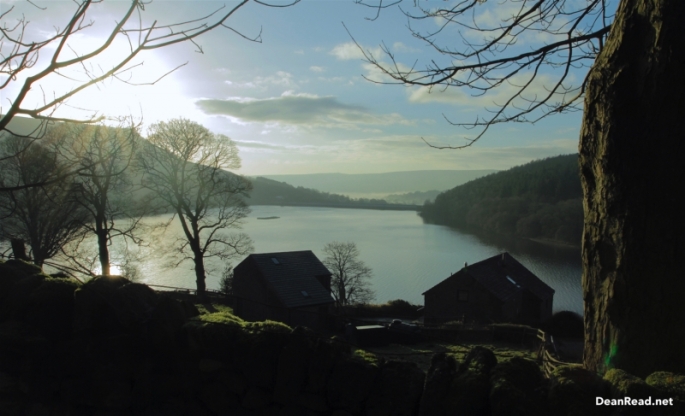 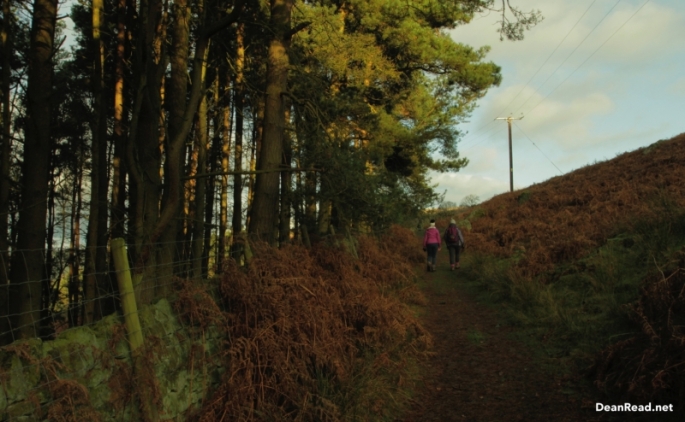 Once we were out of the forest we began to get our first real glimpse to the north along the Upper Derwent Valley. The mist was clearing nicely as we arrived at the steep section towards the end of the climb.

Once at the top of Whinstone Lee Tor we made our way north along Derwent Edge past the numerous Gritstone works of art that are along the route. The first that I really like are is the Wheel Stones that is unmissable as you pass by them.

The next Gritstone masterpiece is the Salt Cellar, you have to stray off the main path a little to get the best glimpse with the view looking down to the valley. Salt Cellar is one of those iconic bits of Gritstone that many Peak District photographers have featured, i’m no photographer but it’s hard not to get something that looks ok with that view :-).

The next Gritstone feature you pass along Derwent Edge are the “Cakes of Bread”, you can tell we are near Sheffield as my friends there call bread rolls “bread cakes”, if they were located further south near where I’m from in Derbyshire they would probably have been called “Cobs of Bread”.

Before arriving at Back Tor we spotted a Moorland Fire, I headed off piste a little to get a closer look but it appeared to be some seasonal burning. The burning is done during the winter months to favour the grouse, whatever your views are on grouse shooting you can find out more about Seasonal Burning at Moorsforthefuture.org.uk/burning

After a short stop at Back Tor which sadly I didn’t get a picture of we headed down towards Lost Lad. I’m busy focusing on video nowadays so I forget to take pictures :-).

The Lost Lad Cairn has an interesting history… The story goes that a young shepard named Abraham Lowe set out to round up some sheep with his dog during the winter months and the weather turned bad. He became lost in the snow and mist so took shelter under a rock nearby, he found a stone and scratched the words ‘LOST LAD’ on the rock. He fell asleep and sadly never woke up, it was months later when he was found once the snow had melted. The story goes that as a mark of respect every Shepard that passed this spot added a stone to the Cairn and that is where it came from.

After Lost Lad we made our way down towards a point on the map known as Green Stitches then took the path towards Mill Brook and Ladybower. We then made a slight detour and stopped for lunch on the hillside overlooking the Derwent Reservoir wall where the famous Dambusters practised in WW2.

After lunch we got back on track and were treated to spectacular views down towards the Ahsopton Viaduct. The light had been stunning today and we were really lucky indeed with the weather. 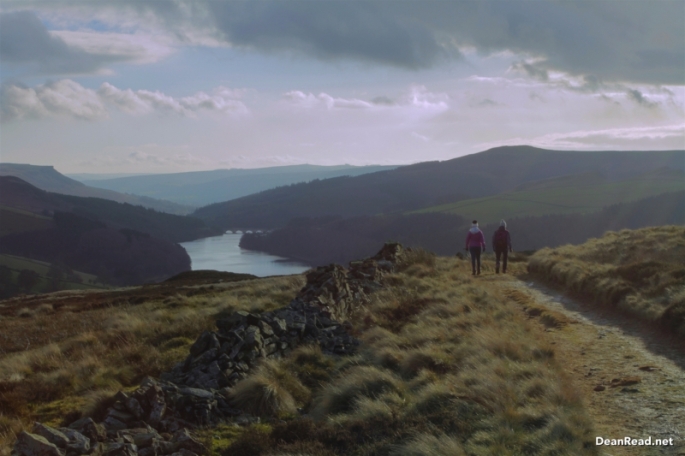 We made our way down to the side of Ladybower and came out at the site of the old Derwent Village. During the construction of the chain of the 3 Reservoirs (Howden, Derwent & Ladybower) many settlements were flooded, Derwent Village is perhaps the most famous and many of the old features and buildings are visible when the water levels are low. My friend Andy and I visited a few years ago during a time of drought and we cycled across the old bridge and could see the remains of the church, of which the spire used to stick out of the water. The spire was demolished in December 1947 for health and safety reasons. 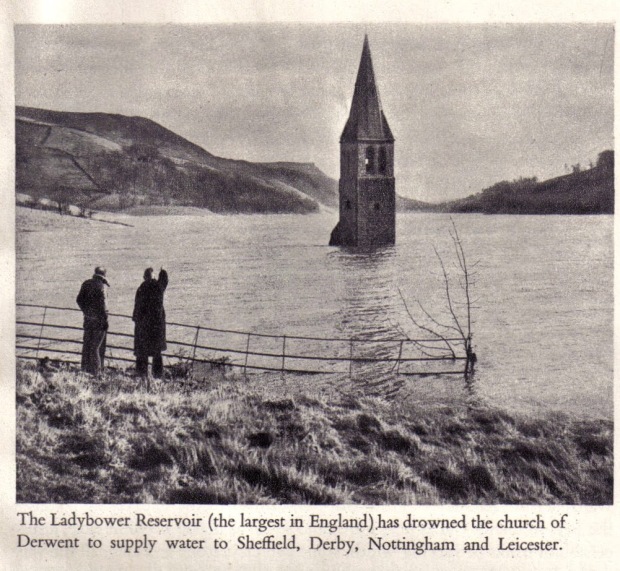 After a quick look at the information boards near the site of the village it was a gentle stroll back down to the Ashopton Viaduct.

In total the walk was around 8.5 miles and it was just what we needed to blow away the cobwebs. Thanks for reading this post and watching the video, of you would like to follow the route yourself you can download my GPX file from shareyouradventure.com. See you on the next walk or wild camp 🙂

All music by Dean Read. Footage shot with a Canon EOS 7D DSLR with a Canon EF 50mm – f/1.4 USM Lens, Canon EF 17-40 mm f/4.0 L USM Lens, RODE VideoMic Go Microphone with a RODE Dead Cat Wind Protector. I also use a DJI Phantom 4, a GoPro Hero 3 Silver, an iPhone 6 Plus and it was edited in iMovie.